A car narrowly missed a customer as it crashed through the front of a Lou Perrine’s Gas &amp; Grocery at 9:30 p.m. on Friday, Oct. 2. The collision was caught on camera.

KENOSHA, Wis. – A popular Kenosha gas station has taken a hit — and it has nothing to do with the COVID-19 pandemic.

A car narrowly missed a customer as it crashed through the front of a Lou Perrine’s Gas & Grocery at 9:30 p.m. on Friday, Oct. 2. The collision was caught on camera.

Fortunately, owner Anthony Perrine said no one was injured.

“2020 has been a hell of a year,” said Perrine. “We survived COVID, and we survived the riots, but an elderly lady with a lead foot took us down.”

The crash damaged the gas shutoff, which means none of the gas pumps are working and may nor be working for another few weeks.

There is no word yet on if there will be any consequences for the driver.

“Unfortunately she hit the worst part of the building she could hit, structurally, so there is a lot of damage,” Perrine said. “She took out our ATM, cabinet damage, she didn’t hit our Ho Ho cake cooler, so that’s still surviving.” 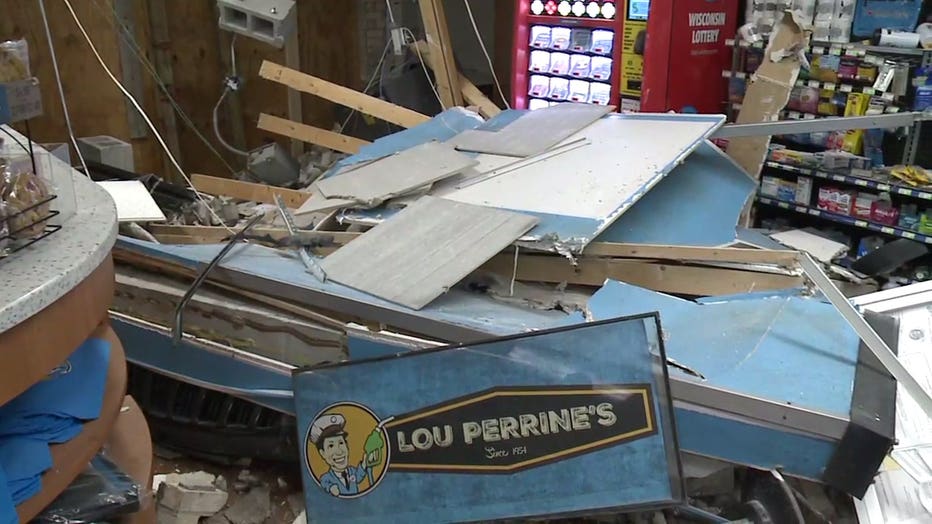 Perrine said profit at his business is down more than $60,000 so far this year.

“Everyone is asking can we do a GoFundMe (fundraiser), is there anything we can do? What I’m telling everybody is we’re going to cover our employees, and we’re going to fight tooth and nail with the insurance company to see that they are covered,” Perrine said.

At the same time many businesses in Kenosha are also struggling, he said the community can help with patience as they rebuild. 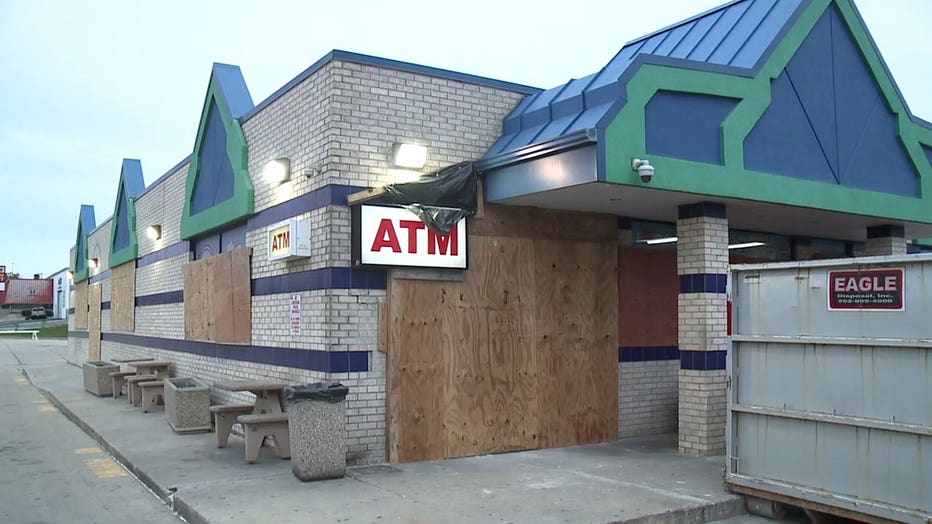 “We’re just telling everybody, we appreciate the love and support,” said Perrine.

Until then, Perrine asks that the community support other businesses in the city that remain shuttered from recent unrest and are on the brink of closure.

“We’ve all been through hell this year. Come downtown, come visit us and we will be back up and running soon,” Perrine said.

FREE DOWNLOAD: Get breaking news alerts in the FOX6 News app for iOS or Android.

Perrine is planning to donate the perishable food at the store to local charities.