MASON – Deputies with the Ingham County Sheriff’s Department will soon all wear body cameras, a step being taken to respond to calls for improved police transparency, officials said.

Capt. Greg Harris said the department has wanted body cameras for some time but didn’t have the money available to buy the equipment and the data storage to maintain the system. He said a need to upgrade the in-car camera systems gave the department the chance to group the two purchases together.

“Now, we’ll have deputies on the road wearing body cameras for the first time ever,” Harris said.

The department will use $365,000 over five years to buy 40 body cameras for its deputies, upgrade its in-car camera systems and pay for data storage. The Ingham County Board of Commissioners approved the purchase in September.

“We thought we are one of the few agencies in the area that has not gone with body cameras yet,” Harris said. 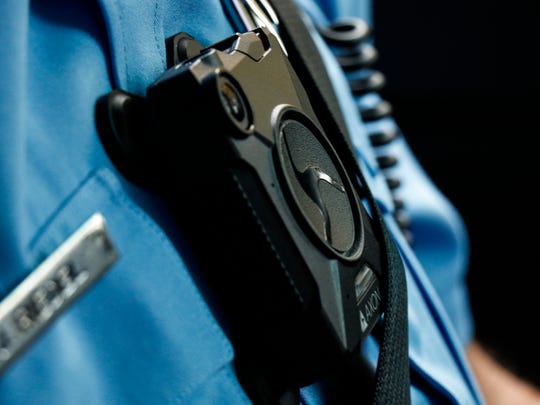 Commissioner Derrell Slaughter said he’s supportive of any tool that can add transparency for sheriff’s deputies and people interacting with them. Sheriff Scott Wriggelsworth has sought to add the cameras and the Board of Commissioners was happy to approve the purchase, Slaughter said.

“It shows a commitment to transparency and wanting things to be done right,” Slaughter said.

In today’s climate of the public seeking transparency from police departments, Harris said it was time to get the body cameras. Wriggelsworthhas worked to be transparent and the public has demanded that officers have cameras, Harris said.

“We don’t disagree with those demands,” Harris added. 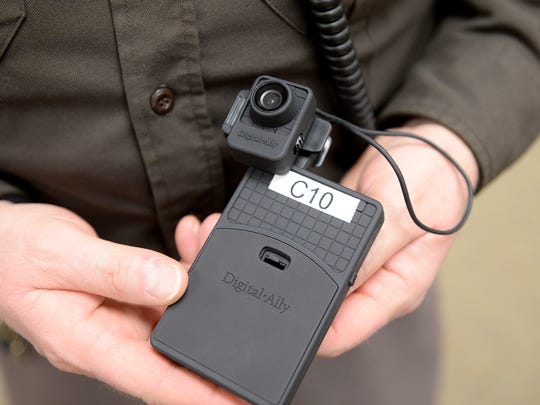 Sgt. Tom Campbell of the Eaton County Sheriff’s Office, holds his body camera and the hard drive to which it records. (Photo: Dave Wasinger/Lansing State Journal)

Despite the cameras being used as a transparency tool, Harris said they will help with investigations. He said the cameras can also show officers doing their jobs correctly.

If a deputy is ever involved in an incident where there are questions about their conduct, that’s where the body cameras come in, he said.

It’s also an additional tool for prosecutors as they review potential charges against a suspect or review the conduct of an officer, Slaughter said.

“It’s an all-around benefit, I don’t see any negatives to this,” he said.

Before the body cameras are deployed, Harris said the department must first get policies in place. It will also take time to outfit the vehicles with the new in-car systems.

“We certainly need to have a foundation set up prior to the implementation of the system,” Harris said.

The legal department will review current laws around the body cameras and footage and officers will need training on how to properly use the equipment, Harris said. It takes time to get new programs going and they want to make sure they’ve done it correctly, he said.

Find out why your iPhone battery is draining